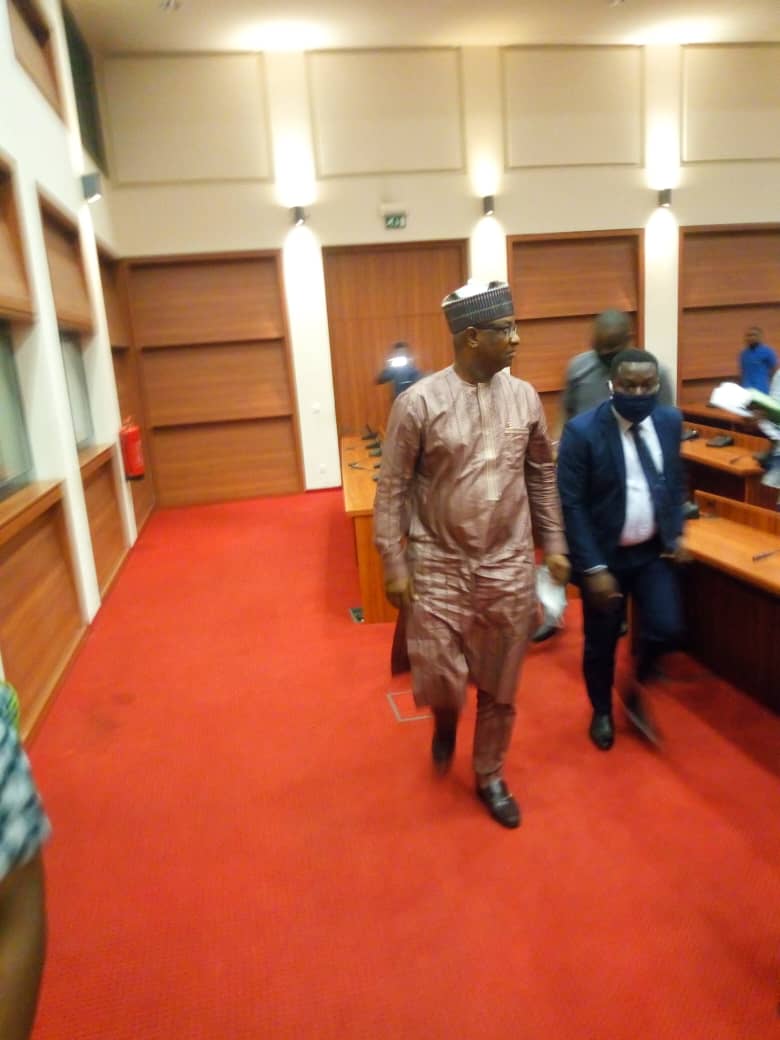 *** As Committee Walks him out of meeting

ABUJA- THERE was melodrama yesterday at the National Assembly when the Minister of State for Labour, Employment and Productivity, Festus Keyamo, exchanged hot words with Senators and members of House of Representatives over the National Directorate of Employment recruitment exercise.

It was an interactive session between the Minister of State for Labour and Productivity, Festus Keyamo and the Joint Committee of the National Assembly on Labor-led by Senator Godiya Akwashiki ( APC Nasarawa North) and the Minister when after making presentations on modalities of recruitments for the programme, excluding the federal lawmakers from it.

The meeting ended dramatically as the Minister engaged lawmakers in a shouting bout.