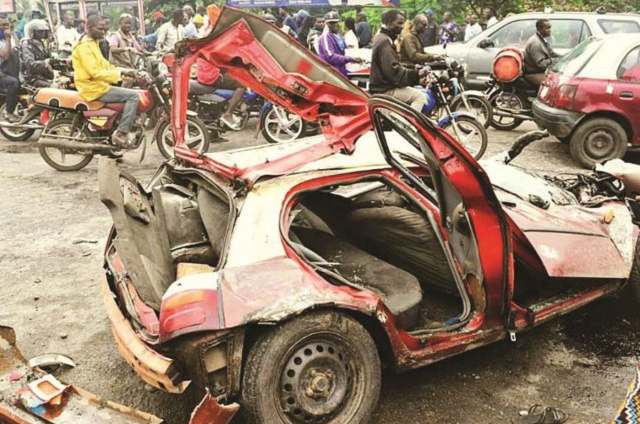 Many shed tears at the accident scene near the popular Aleshinloye Market, Ibadan, Oyo state capital where an articulated vehicle killed four women.

Four others sustained serious injuries when the articulated vehicle ran into a passenger car and two commercial motorcycles.

The truck belongs to a popular dairy company located at Eleyele area of the city.

It was gathered that the articulated vehicle had a brake failure and veered off its lane crushing a Micra car and the motorcycles.

The police said, “The…