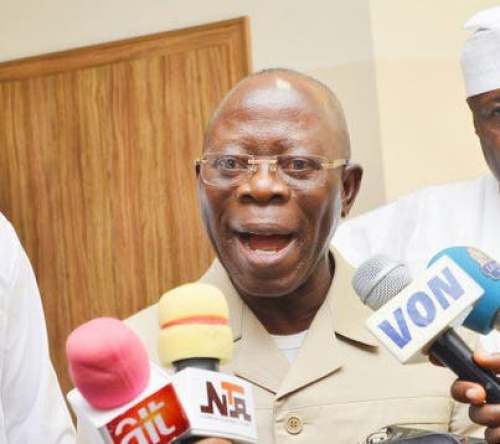 The Caretaker/Extra-Ordinary National Convention Planning Committee of the APC disclosed this in a statement issued Thursday in Abuja and signed by the Deputy National Publicity Secretary, Mr Yekini Nabena.

According to the statement, Imo state Governor, Sen. Hope Uzodinma will serve as Deputy Chairman and Hon. Abbas Braimoh as Secretary.

Both men had been at loggerheads in the lead-up to the APC primary election in Edo state, with Odigie-Oyegun rooting for the incumbent, Mr Godwin Obaseki who had since defected to the Peoples Democratic Party PDP. Oshiomhole on his part allegedly worked for the emergence of Pastor…