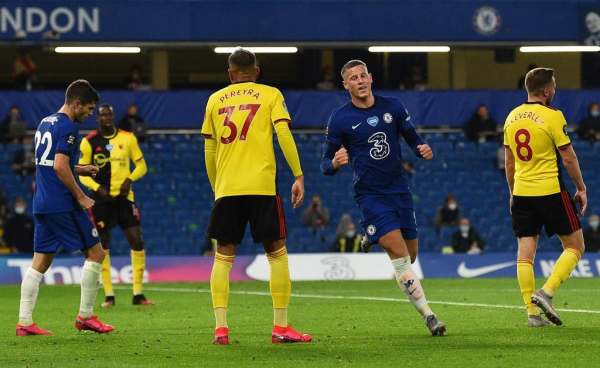 Chelsea retook their place in the Premier League top four as goals from Olivier Giroud, Willian and Ross Barkley capped a dominant display to beat Watford 3-0 and leave the Hornets still precariously placed just one point outside the relegation zone.

Manchester United’s 5-2 thrashing of Bournemouth earlier in the day saw Chelsea slip outside the top four before kick-off, but the Blues bounced back with very little fuss as Watford failed to exploit the hosts’ defensive frailties.

Chelsea boss Frank Lampard reacted to the bitter disappointment of blowing a lead to lose 3-2 at struggling West Ham on Wednesday by making four changes with Marcos Alonso and Antonio Rudiger paying the price for their part in the Hammers’ late winner.