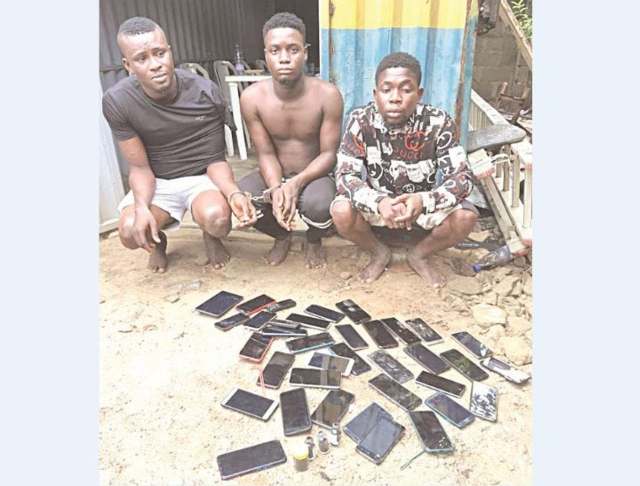 It was the end of the road for five suspected fraudsters otherwise known as 419 who have been defrauding gullible Nigerians, following their arrest by the Area ‘B’ Police command, Apapa, Lagos.

Their likes walk in a  group of two or three and are everywhere across the state.  While one of them would pose as a cab driver, others would pose as passengers.

When victims board the vehicle, they would engage them in discussions, especially on business.

At times, one of them would claim he was a visitor from an African country and change his accent to further convince victims.

Narrating her ordeal with the suspects, a victim, Mariam Balogun, said “I boarded a vehicle from Costain to Oríle Bus Stop, with three men already inside, last week.

”On reaching Eric Moore Bridge, one of the passengers said he wanted to alight. He started a discussion that he had a bag containing huge amount of money belonging to…