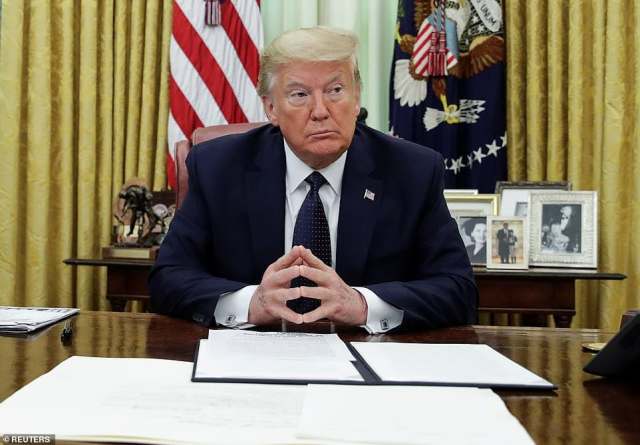 U.S. President Donald Trump will hold another large rally in support of his re-election campaign, even though the number of coronavirus infections is on the rise again in several states.

He will speak to supporters at an open air rally at Portsmouth airport in New Hampshire on Saturday (July 11), his campaign said on Sunday, adding that masks would be provided.

All guests must agree at registration that they “voluntarily accept all risks” that could result from a coronavirus infection and Trump’s campaign assumes no liability for this.

The appearance will be Trump’s second major campaign event since March.

The first event in a closed stadium in Tulsa, Oklahoma about three weeks ago was poorly attended, though  Trump had boasted that about one million people had secured free tickets.

Trump had been severely criticised because the number of coronavirus infections in the southern state was rising at the time.

Experts consider large events in closed rooms to be…

Zamfara indigenes celebrate Fani-Kayode, say ‘he is our hero’ after 7 days visit