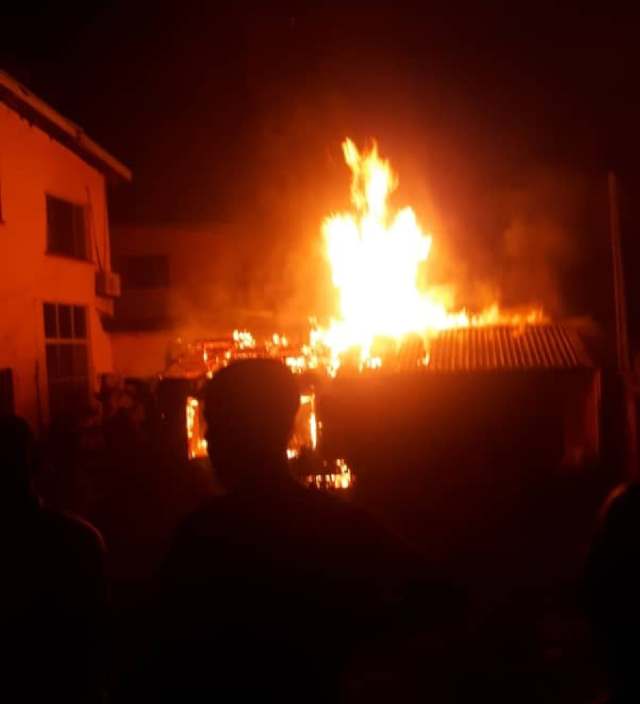 Emergency responders on Tuesday saved what could have resulted in a major loss of lives and properties in an industrial area as they promptly, put out fire outbreak at Number 84/45 Kudirat Abiola Way, Oregun, Lagos.

The incident, it was gathered happened at about 11 am, following a fire outbreak as a result of illicit storage and handling of diesel on the open fenced land facility.

It was also confirmed that the premises had been used for the illicit business for several years.

According to the post-disaster assessment,  there were seven plastic storage containers, 25 drums, three storage tankers, one articulated tanker, and six buses used for the illicit storage and transportation of diesel were discovered on the premises.