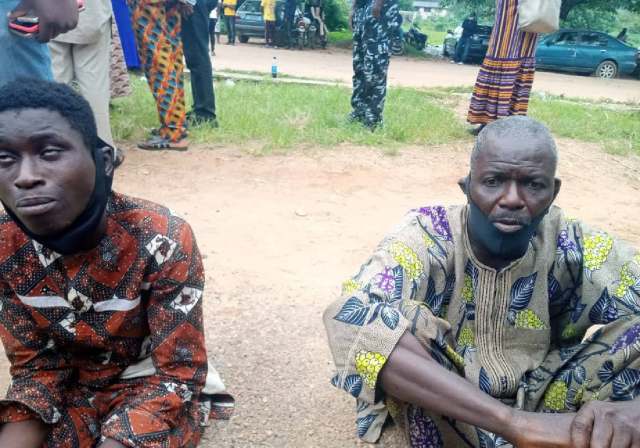 FOLLOWING the manhunt launched by the Oyo State Police Command to apprehend the culprits in connection with killings at the Akinyele axis of the state, the suspected serial killer of the innocent victims have confessed on how he was able to catch on his targets.

While parading the suspected criminals at the police headquarters, Eleyele, Ibadan on Friday, one of the suspects, Sunday Sodipe (19 years), disclosed that a certain herbalist who he worked for, Adedokun Yinusa Ajani (50 years), was the one sending him on such assignments.

He explained that anytime he wanted to go for the operation, the herbalist would instruct him to kneel down in front of him and he (Ajani) would make some incantations and then put something on his tongue three times.

The suspected serial killer said whenever he located his victims, he would hit them with a shovel and when they laid in a pool of their blood, he would make some incantations and…