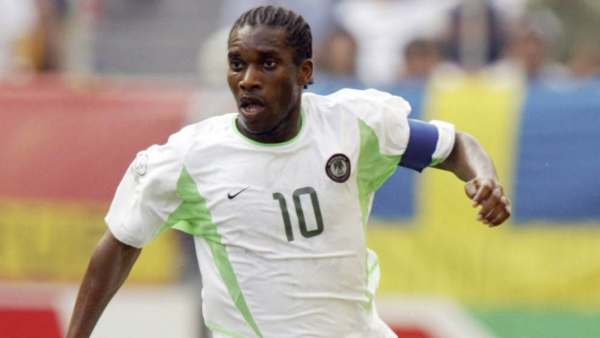 Super Eagles legend Austine Okocha has said one of his biggest career regrets was not winning the prestigious African footballer of the year award before his retirement from football.

Okocha was arguably one of the most gifted players from the continent who failed to win the award.

The former Super Eagles Captain, however, came close to winning it twice but, he narrowly lost to Morrocan legend Mustapha Hadji in 1998 and Samuel Eto’o in 2004.

Okocha who won the BBC African footballer of the year thrice said in a Q&A with popular on-air personality Toke Makinwa, that he deserved to win the award.

“Well, I think I don’t want to sound greedy, but I’ve had an amazing career, I never thought I would make it that big.

“But of course, if you look back, there’s always a time that you say oh, maybe you could’ve done a bit better than you did.  And if I’m to say, I’ll say, I regret not winning the African Footballer of the year.”

“I thought I did enough to…

The case against LGBT in Nigeria