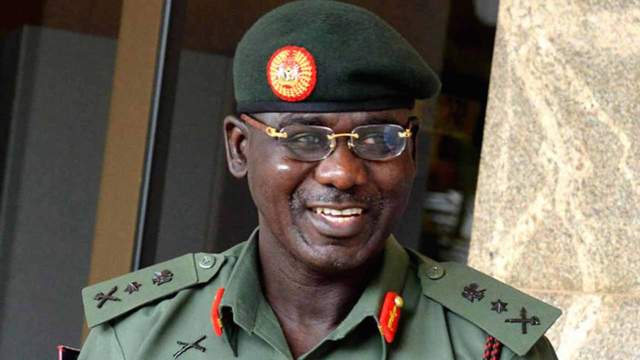 Within a week, the dark clouds which hovered on the Northwest region as a result of the activities of armed bandits and their conspiratorial criminal gangs started vanishing. It is a reflection of the instant actions Nigerian Army, led by the Chief of Army Staff (COAS) and overseer of the counter-insurgency operations, Lt. Gen. Tukur Yusufu Buratai.

The COAS has always played the messianic role for Nigerians under threats of extermination. In the latest instance, Gen. Buratai responded to the Presidential order directing an immediate termination, in whichever way possible, all acts of criminalities disrupting the peace and security of the area and Nigeria.

And as identifiable with Gen. Buratai’s heroism, armed bandits and other linked criminal gangs in the Northwest are now bleeding regrettably from the fresh military firepower confronting them in forests and caves of the region. The numero uno soldier in…