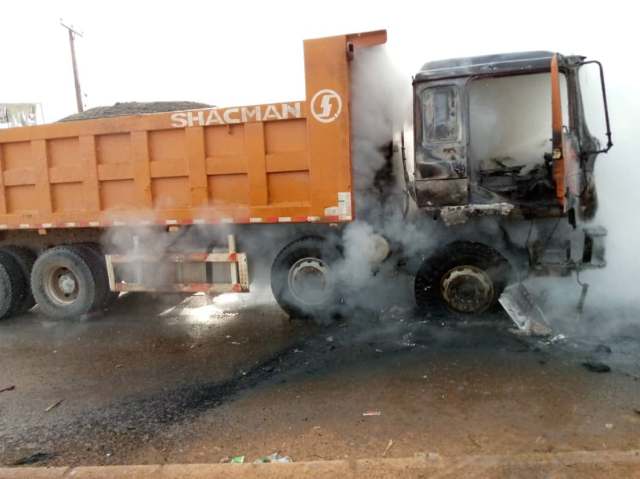 Akinbiyi explained that the accident occurred around 8 am, saying that it was caused by excessive speeding on the part of the driver of the truck as he ran over a moving motorcycle.

He noted that the accident involved three males; the motorcycle rider, the truck motor boy and driver.

Akinbiyi said: ” The truck was coming from Ago-Iwoye inbound Ijebu-Ode, when the driver, due to over speeding could not control the vehicle as it approached Ibadan road roundabout.

“It ran over the…