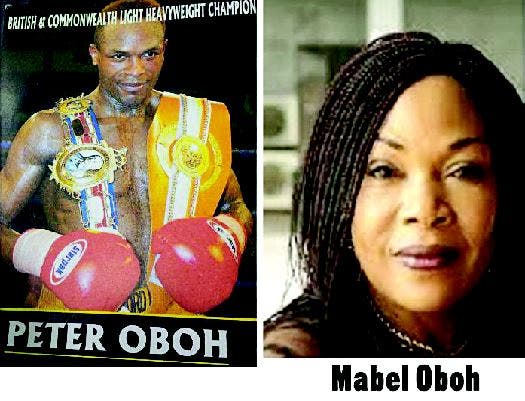 Former British and Commonwealth Light heavyweight boxing champion, Peter Oboh has congratulated his sister, Mabel Oboh who has been handed the ticket by the African Democratic Congress as candidate for the September 18 governorship election in Edo state.

Reacting to his sister’s nomination, the former boxing champion said. “this is a welcome development as it would provide the Edo people a fresh departure from the past.”

The former WBA Intercontinental champion said, “with Mabel, a woman on the ballot paper as the governorship candidate of her party, history has been made, no matter where the pendulum swings. In politics, an area dominated by men, it is difficult for women to get a chance at the top. That is why I am extremely happy for her and I will support my sister to the tilt in her bid to become governor of Edo state.”

The former boxing champion said, “I am pleasantly surprised that despite the abundance of highly wealthy and educated people in her party,…