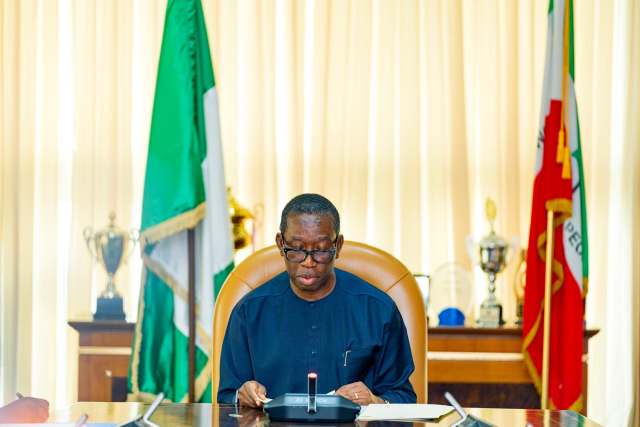 Delta State Peoples Democratic Party, PDP, chieftain, Chief Sunny Onuesoke, has chided All Progressives Congress, APC, in the state for its attack on Governor Ifeanyi Okowa over the temporary cut of workers’ salaries.

APC had criticised Delta State Government for slashing the minimum wage of civil servants in the state.

Reacting, Onuesoke described the attack on Delta State Government as that of a drowning man, who had lost favour in the sight of the masses.

Onuesoke argued that the coronavirus in March had affected the whole world and responsible governments like that of Delta State are now engaged in the process of adjusting their operations to ensure that wages will continue to be paid, even when work is skeletal in some places or has stopped completely in other areas.

Onuesoke explained that the planned slashing of workers’ salaries is done in a way that salaries of Level one to six workers would not be affected,…