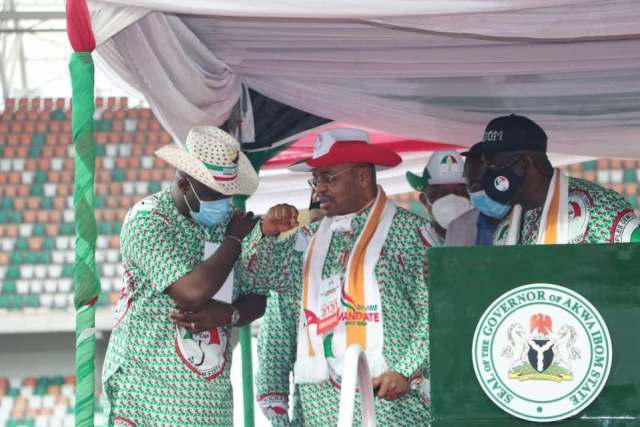 Governor Udom Emmanuel, the Akwa Ibom State leader of the Peoples Democratic Party, PDP, has said that his party is a model to be emulated by all others across Nigeria.

The governor made the remark at the state-owned international stadium, Nest of Champions, while commending the peaceful organization and transparency in the conduct of the state party congress and the seamless transition of leadership on Thursday, July 30, 2020.

He described Akwa Ibom PDP as a model of the party in Nigeria and indeed an idea of democracy and party politics.

According to him, “PDP in Akwa Ibom State is a model of the PDP and party politics in Nigeria. Officials of INEC are here with other observers, let them tell me which state they went to whose party congress will be as organized, orderly, peaceful, transparent and cohesive as what you’ve seen today in Akwa Ibom.

We did not attack security agents in Igbo land ― IPOB