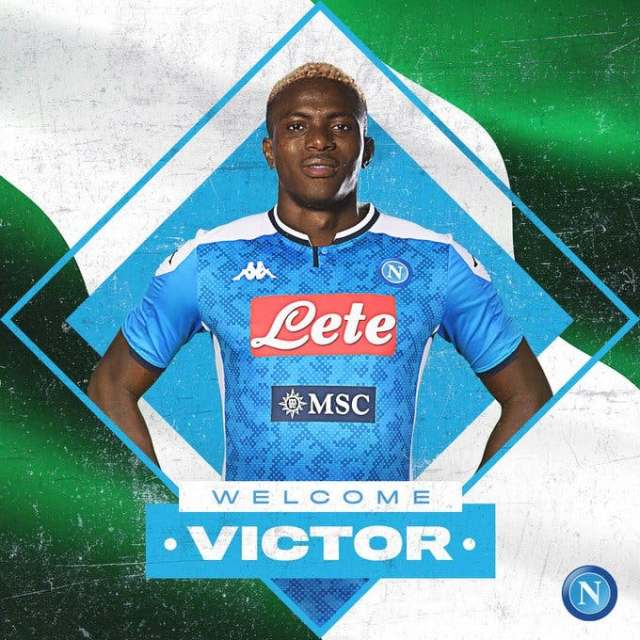 He has put pen to paper on a five-year contract with the Naples-based club.

The 21-year-old Nigerian striker becomes one of the most expensive African players of all time, reportedly at €60m including bonuses, while goalkeeper Orestis Karnezis is moving to Lille as part of the deal.

He is also by far the most expensive signing in Napoli’s history, a record that was set last summer by Hirving Lozano from PSV Eindhoven for €38m plus bonuses.

French and Nigerian reports continue to insist the price was €81m, but that probably includes his salary.

Osimhen already passed his medical in Rome on July 18 and will be presented to the media in Naples after his summer vacation.

He will wear the Number 9 jersey, which is currently held by Fernando Llorente.

The negotiations had dragged on throughout the summer, with the drama of a dispute…