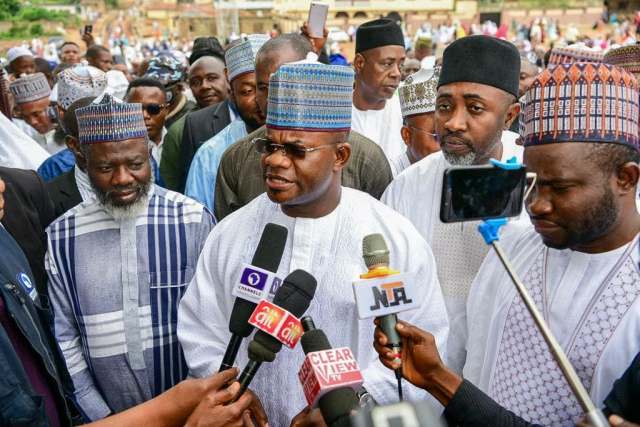 …Vows to sustain onslaught on criminals
…No record of COVID-19 in Kogi, Gov insists

Governor Yahaya Bello has vowed that the current onslaught on criminal elements in Kogi state will be sustained until they are crushed completely, urging them to surrender as there would be no negotiation with criminal gangs in the state.

The governor, who gave the reassurance on Friday while speaking to journalists at the Eid ground in Agasa, Okene Local Government Area of the state, said he will lead security agents in the coming days to smoke out criminals from their hideouts.

Bello said his administration would not rest on its oars until all criminal elements operating along the Lokoja-Abuja as well as Okene-Lokoja highways are crushed.

According to the governor, his administration will continue to deal ruthlessly with criminals and will never negotiate with them under any…