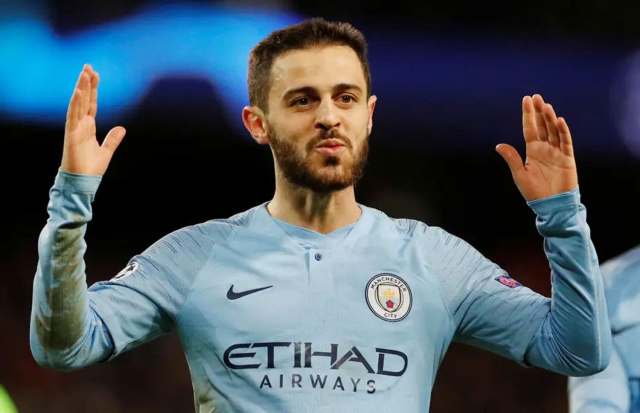 Barcelona have offered Man City player Bernardo Silva key squad status in an attempt to bring him to the Nou Camp.

According to The Telegraph, Barca are keen to sign the Portuguese playmaker and have given him the chance to become an important first-team player.

The offer would make Silva, along with Lionel Messi, one of the most integral players at the club.

Silva has been in fine form this season and is expected to play in the Champions League quarter-final against Lyon next weekend.

However, his status in the Man City lineup is under threat from emerging talent Phil Foden. The England wonderkid is poised to break into the first team following repeated compliments from manager Pep Guardiola.

Barcelona are aware of this and are reportedly trying to tempt Silva away from the Etihad. The coronavirus pandemic means the La Liga giants don’t have the funds to buy the player outright, so they’re looking at more creative ways of signing him.

One method that could…