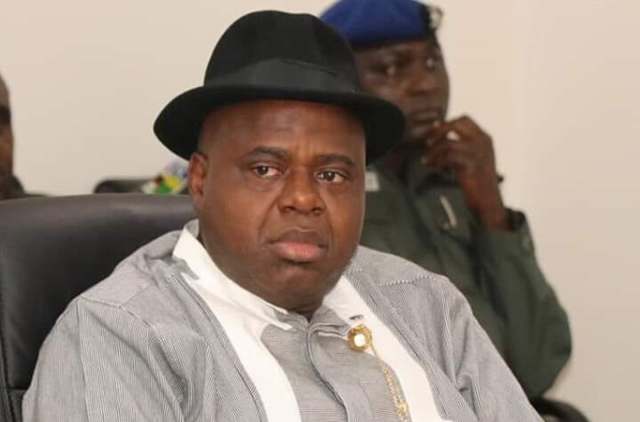 Governor Douye Diri of Bayelsa State has called on oil companies benefiting from its resources to relocate their headquarters to the state.

The governor, who allayed fears of insecurity, which had been the narrative of the oil companies, promised that his administration would ensure round the clock security of assets beneficial to the national and state economy.

He made the call, yesterday, when he received the Executive Secretary of Nigerian Content Development and Monitoring Board, NCDMB, Simbi Wabote. and his board members on a courtesy visit to his office in Government House, Yenagoa.

Diri in a statement by his acting Chief Press Secretary, Mr Daniel Alabrah, quoted the governor as saying that with the completion of the NCDMB 17-storey building and siting of other major ongoing projects by the board, the state was ready to take over the oil and gas industry.

His words: “Let me restate our earlier call for oil companies to please come back to the Niger…