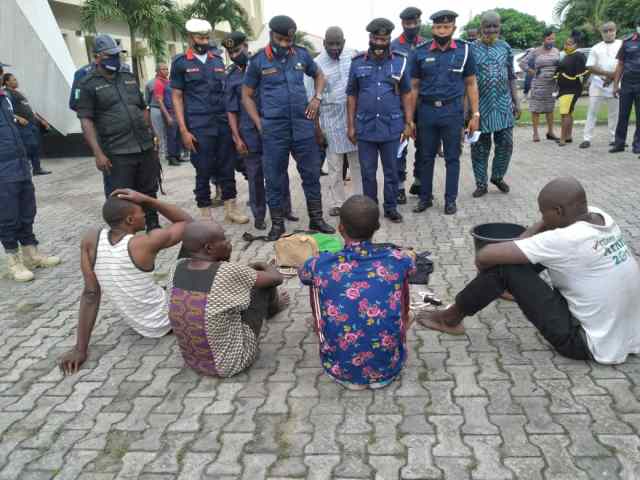 …including mother trying to sell her 9-year-old daughter

… Prophetess told me she was a witch – Suspect

The Nigeria Security and Civil Defence Corps (NSCDC) in Cross River has arrested five suspected cultists in the state with a human skull including mother trying to sell her 9-year-old daughter because a prophetess said she was a witch.

Parading the suspects on Wednesday in Calabar, Mr Danjuma Elisha, State Commandant of NSCDC in the state, told newsmen that the suspects were arrested by officials of NSCDC on Aug. 18 2020, in Ogoja local government area.

Elisha disclosed that the five persons in their custody were arrested through a tip-off when suspected cultists from a rival group had a confrontation.

His words: “On Aug. 18 2020, our attention was called upon concerning a secret cult confrontation at No. 50 mission Road, Igoli, Ogoja.Upon arriving at the scene, our men found a human skull and other bones believed to be human bones.