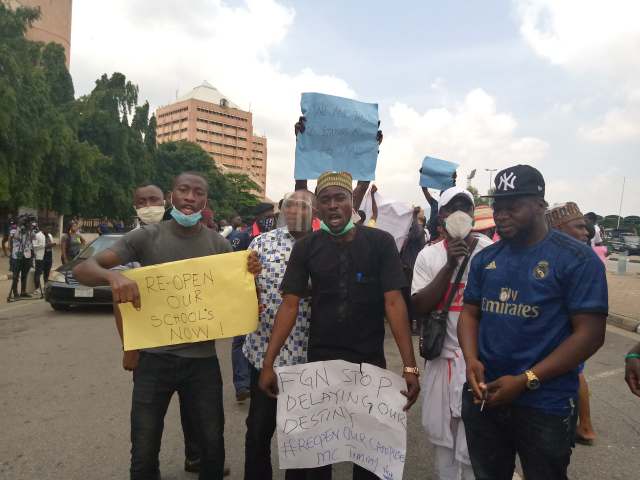 Say Minister of Education not doing enough for schools’ resumption

Students in universities across the country protested in Abuja, Wednesday, over the continued closure of schools arising from the outbreak of coronavirus.

The protesting student who converged on the nation’s capital city, demanded the immediate reopening of schools, flaying the government for its decision not to reopen schools for activities to commence having opened religious places, markers, airports among others.

Led by student leaders of the various public universities in the country, the aggrieved students accused the government of double standard in its decision not to reopen schools in the country.

Speaking on their behalf, President of the National Association of University Students, NAUS, Comrade Ejigah Felix, argued that there was no justification by…