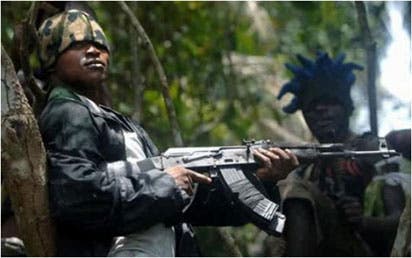 About 40 gunmen on Wednesday night struck at a community in Chikun local government area of Kaduna State where they abducted 3 ladies.

According to locals, they were armed with AK47 rifles, adding that the village, Damishi, had been under constant attack by gunmen who abduct people for ransom.

A local, Abraham, said in an interview that the bandits came to abduct a Catholic priest in the community, but the clergyman was not at home.

He said when the gunmen did not meet their target, they stormed a hotel in the community, where some residents normally go to sleep at night for fear of the bandits.

He said those abducted included three women, two nursing mothers with their babies as well as a teenage girl. Abraham said, because of the incessant abductions in the community, people paid for rooms in the hotel and their families relocate there at night to sleep.

Here Is The Most Complete, Natural And Safest Solution To Permanently Get Rid Of Any Grade OF Pile Very Fast