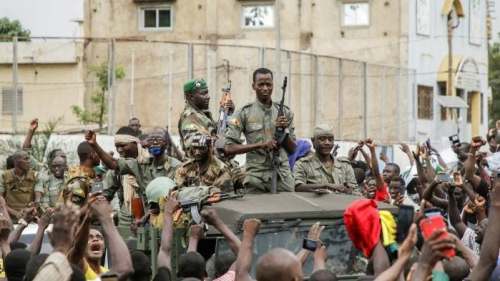 Army officers in Mali who forced President Ibrahim Boubacar Keita to resign in a military action has vowed to hold new elections after their action was denounced by the Economic Community of West African States (ECOWAS).

Mali is one of 15 (fifteen) members of the regional organization.

In a statement carried overnight on state broadcaster ORTM, the mutinous soldiers who staged Tuesday’s coup identified themselves as the National Committee for the Salvation of the People led by Col. Maj. Ismael Wagué.

“With you, standing as one, we can restore this country to its former greatness,” Wagué said, announcing that borders were closed and that a curfew was going into effect from 9 p.m. to 5 a.m.

“We, the patriotic forces grouped together within the National Committee for the Salvation of the People, have decided to take our responsibilities before the people and before history,” he said, vowing to maintain the stability of the state and public…