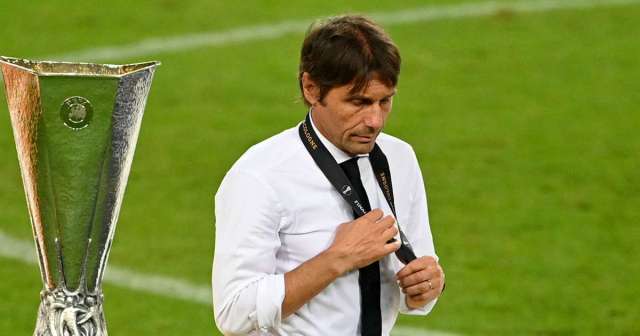 Antonio Conte cast doubt on his future as Inter head coach after his side went down in a dramatic 3-2 Europa League final defeat against Sevilla.

Romelu Lukaku gave the Serie A giants an early lead from the penalty spot and Diego Godin had them level at half-time after Luuk de Jong headed a first-half brace.

But Diego Carlos, who might have been red-carded for his early foul on Lukaku, proved an unlikely match-winner when his 74th-minute overhead kick was deflected home by Inter’s unfortunate number nine.

It meant the Nerazzurri were runners-up once more, as they were to Juventus in Serie A – concluding a season with plenty of positives but stinging missed opportunities under Conte.

And the former Juve, Italy and Chelsea boss told a post-match news conference he might not hang around to try and right those wrongs.

“There is no rancour at all from me or the club,” Conte said, before ominously adding: “Something happened.

“There’s no point beating around the bush….