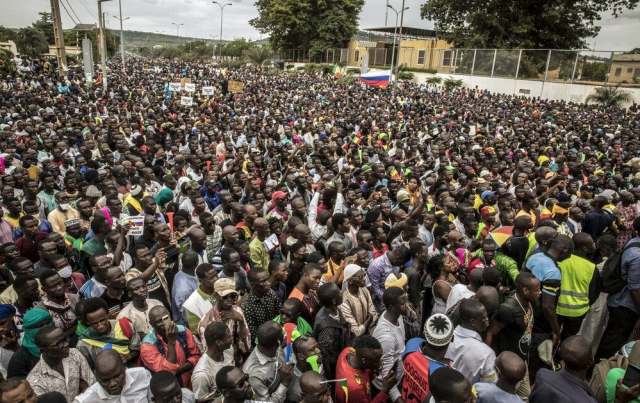 Thousands marched Friday in the streets of Mali’s capital to celebrate the overthrow of President Ibrahim Boubacar Keita, as the West African nation’s political opposition backed the military’s junta plan to eventually hand over power to a civilian transitional government.

But as opponents of the former regime moved ahead with plans for the future, the international community continued to express alarm about the coup that deposed Mali’s democratically elected leader this week. There are concerns that the political upheaval will divert attention away from the more than seven-year international fight against Islamic extremists who have used previous power vacuums in Mali to expand their terrain.

Soldiers from the junta calling itself the National Committee for the Salvation of the People made a brief appearance Friday at Bamako’s Independence Square, where they thanked the crowd of thousands for their support.

“We have come to complete your work. This is your…