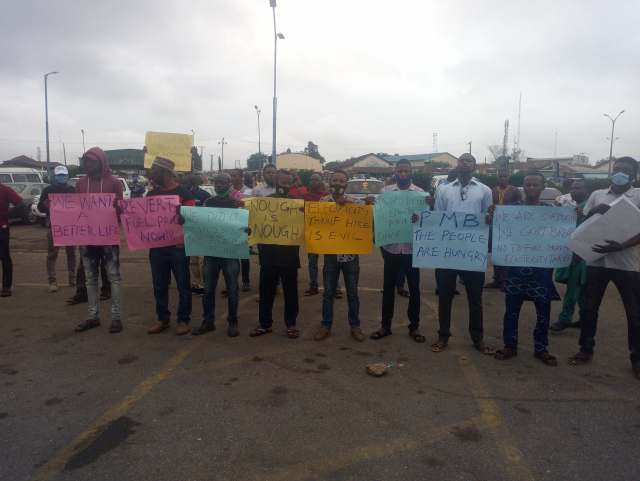 Following the hike in the pump price of Premium Motor Spirit (PMS) popularly known as Petrol and electricity tariff by the Federal Government, residents in Osogbo on Friday protested the decision describing it as ‘share wickedness’.

The protesters who converged under the aegis of Coalition of Civil Societies Organisation in the state met at the popular Nelson Mandela Freedom Park in Osogbo from where they marched through Oke-Fia, Alekuwodo and terminated at the busy Ola-Iya junction in the state capital.

The protesters while in the procession were joined by residents who also believed the protest is a duty for every resident in the state.

They bore placards with several inscriptions such as, “PMB, the People are hungry”, “Enough is Enough”, Revert Fuel price”, “Wake up President Buhari, Nigerians are in pain”, We say No to hike in electricity tariff”, among many others.

While marching through the various states routes, they were…

Retrogression of a society: Nigeria and Anambra state