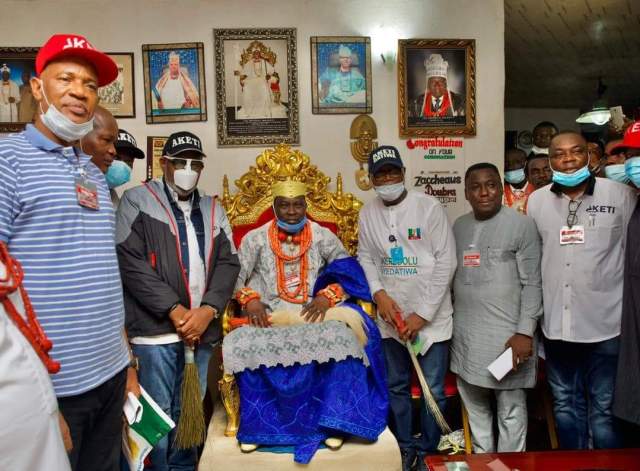 THE Ijaws of Ese Odo council area of Ondo State have disowned their son, the deputy governor of the state, Hon Agboola Ajayi for betraying the state governor, Rotimi Akeredolu.

Recall that Ajayi dumped the governor party and defected to the Zenith Labour Party to contest the October governorship election with Akeredolu.

While expressing disappointment in what they called the treacherous act of Ajayi, the ljaws warned the new running mate Lucky Ayedatiwa from llaje not to toe the path of the embattled Deputy Governor.

Akeredolu and his running mate, Hon….