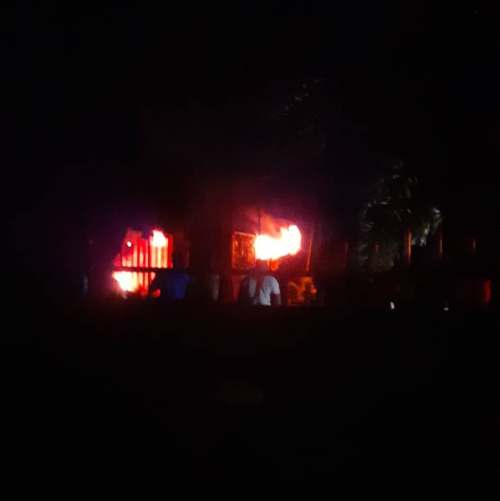 The office of the Independent National Electoral Commission (INEC) in Akure, the Ondo state capital was last night gutted by a mysterious fire which destroyed over 5100 card readers.

Vanguard gathered that the card readers were meant for the next month governorship election in the state.

An eyewitness account told vanguard that the mysterious fire which started around 855pm razed a large container where the card readers were stored.

He said that the inferno which was noticed around 8:03 pm affected the ICT Unit of the commission.

Officials of the commission watched helplessly as the fire consumed the container.

The National Commissioner in charge of information and voters education, Festus Okoye and the state Resident…