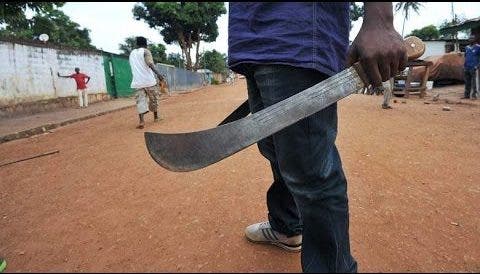 Less than a month to the governorship election in Ondo state, one person has been killed while many others were injured during a bloody clash between supporters of the ruling All Progressive Congress APC and the Zenith Labour Party ZLP in ldanre area of the state.

The deceased identified as Taye was a member of the Zenith Labour Party in the town.

Reports had it that the ugly incident occurred on Wednesday evening at Alade ldanre.

A source said that the deceased who was putting on the ZLP face cap was allegedly attacked by the supporters of the APC for putting on the cap in the town.

The deceased was allegedly challenged by the supporters of the ruling party and while he was explaining a fight ensued and he was reportedly macheted to death.

A leader of the ZLP in the town alleged that those who attacked and killed Taye were led by one Sunday Ogundiroyo, A.K.A (Agarahu), Bola Akinniranye and others.