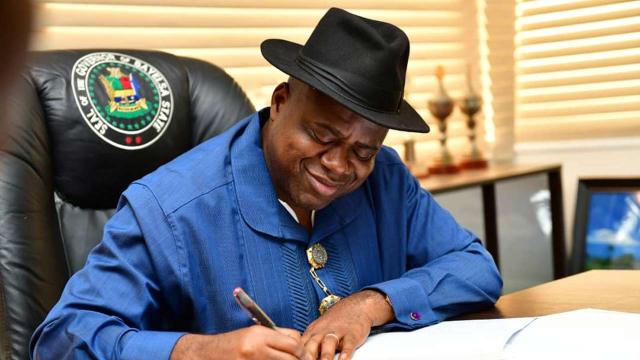 …strikes out joinder application by factional leaders of ANDP

The Court of Appeal sitting in Abuja, on Monday, fixed September 23 to hear the appeal Governor Douye Diri of Bayelsa State filed to challenge the tribunal judgement that sacked him from office and ordered the Independence National Electoral Commission, INEC, to conduct a fresh election in the state within 90 days.

The appellate court okayed the appeal for hearing on a day it struck out an application that factional leaders of the Advanced Nigerian Democratic Party, ANDP, brought to be joined as interested parties in the matter.

It will be recalled that the Bayelsa State Governorship Election Petitions Tribunal had in a majority judgement by two out of the three-man panel of Justices, on August 17, voided the outcome of the gubernatorial election that held in the state on November 16, 2019, over the exclusion of ANDP in the contest.