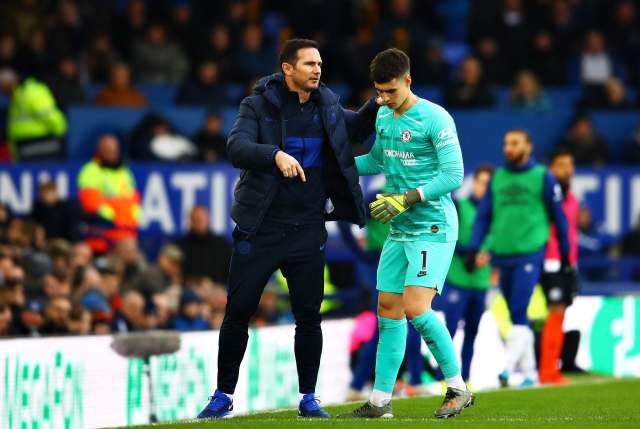 Frank Lampard insists he is happy with Kepa Arrizabalaga despite him conceding another long-range goal in Chelsea’s 3-1 win over Brighton and Hove Albion.

Chelsea followed a close season of ambitious transfer statements with a win after second-half goals from Reece James and Kurt Zouma secured the points, Lucas Trossard having cancelled out Jorginho’s 23rd-minute penalty.

Trossard restored parity nine minutes into the second half, Kepa allowing a strike from outside the box to dip under his right hand and into the bottom-left corner. The Blues are said to be close to signing Rennes goalkeeper Edouard Mendy, but Lampard is at least publicly backing a player the club paid £71.6million for in 2018.

“I’m very happy with Kepa,” he told Sky Sports. “With the shot, I’m not sure if he could have done any better but I saw a bit more confidence in how he was playing.