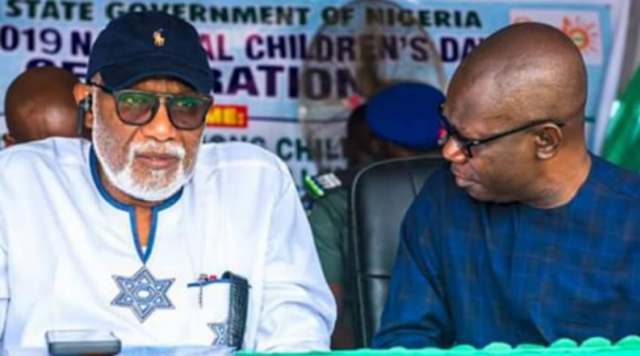 … Akeredolu is intolerant, denied us the venue, hiked from N5m to N11m

… it’s blackmail, count us out of your ordeal- Ondo Govt

AHEAD of the next month governorship aspirant election in Ondo state, the candidate of the Zenith Labour Party and the deputy governor, Hon Agboola Ajayi has lashed his boss, governor Rotimi Akeredolu of trying to frustrate the Flag off of his campaign.

Ajayi in a statement in Akure by his Media Adviser, Allen Sowore accused Akeredolu of intolerance.

The statement said ” the Office of the Ondo State Deputy Governor and candidate of the Zenith Labour Party (ZLP), Agboola Ajayi is again constrained to draw the attention of the general public, particularly, the good people of Ondo State, to the growing intolerance and undemocratic temperament of Governor Rotimi Akeredolu SAN towards the people’s choice – the Zenith Labour Party (ZLP) as the October 10 governorship election approaches.

“Let be it known that the Zenith…