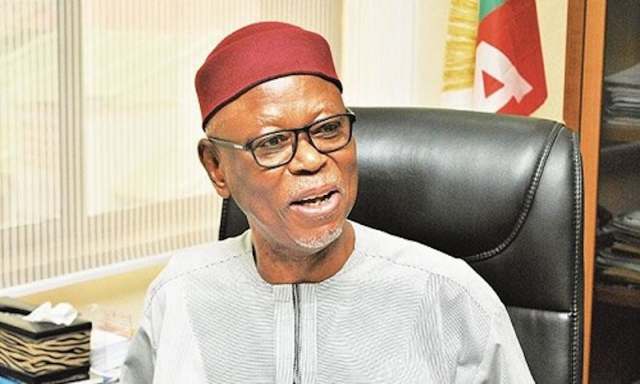 FORMER National Chairman of the APC, Chief John Odigie – Oyegun has denied issuing any statement, verbal or written on the fortunes of the APC or any other party in weekend’s governorship election in the state.

The ex-governor of Edo State, in a statement, yesterday, described the purported statement credited to him in the social media as disgusting, insisting that it could have originated from sick minds and desperate people of criminal orientation.

He said: “My views and statements on the Edo political situation has been consistent. I strongly advised against the mistreatment of Godwin Nogheghase Obaseki by the late unlamented National Working Committee, NWC, of the APC and his subsequent forced exit from the APC.

“Governor Obaseki stood bravely for the dignity and the pride of his people and in the process, suffered unacceptable indignities.

“In the matter of who governs Edo State, the people are sovereign and no…