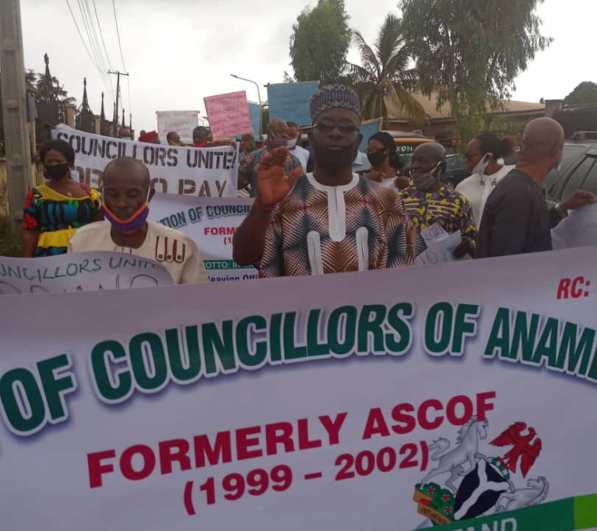 Former elected councillors in the 326 political wards in Anambra State who served between June 1999 and May 2002 have taken to the streets to drive home their demand for unpaid allowances running into millions of naira, 18 years after they left office.

The former councillors, who claimed that no fewer than 50 of their members had died due to hardship occasioned by nonpayment of the allowances, caused traffic gridlock in Awka as they marched to the headquarters of Awka South local government, the state House of Assembly and the state secretariat.

Operating under the aegis of Association of Councilors of Anambra State, the ex-councillors recalled that the Revenue Mobilization, Allocation and Fiscal Commission approved new salary structure for all the elected officers of the Federal Republic of Nigeria, adding that the then Principal Secretary to the governor, Mr Hez Ndukwe issued a circular mandating the various local government chairmen at that time…