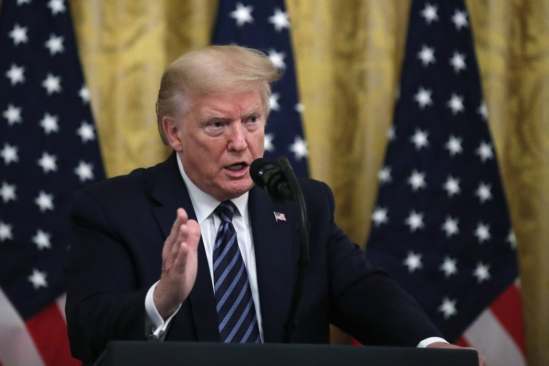 US President Donald Trump said Friday he expects enough COVID-19 vaccines “for every American” will be produced by next April, and that the first doses will be distributed immediately after approval later this year.

Claiming “historic progress” with three vaccines in the final stages of development and trials, Trump said at least 100 million doses would be manufactured by the end of the year — perhaps more.

“Hundreds of millions of doses will be available every month, and we expect to have enough vaccines for every American by April,” he said.

Trump also vowed to get the vaccine out with lightning speed, saying, “I think distribution will go even quicker than most people think.”

Vaccines are seen as one of the top methods for halting the spread of the coronavirus, which has killed nearly 950,000 people worldwide, including a global high of 198,000 in the United States.

The president, facing a tough reelection campaign, has repeatedly stated that he envisions…