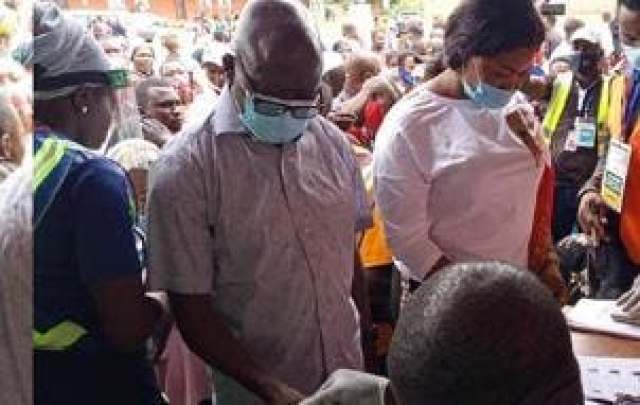 The immediate past chairman of the All progressive congress, APC, and former governor of Edo State, Comrade Adams Oshiomhole has on Saturday (today), lamented the poor functioning of some election card reader deployed for the Saturday’s (Today) Edo state governorship election in the state.

Oshiomhole stated that the turn out was impressive and depicts the readiness of the people for democracy but faulted INEC’s inability to provide a working ‘machines’ for the electioneering process.

Addressing journalists, shortly after voting Oshiomhole said, “Since 1999, this is the highest turnout that I have seen. Elderly women and men turned out impressively.

“The turnout showed that people have shown that they are ready for democracy. My only disappointment so far is that the machine is not working.

“The INEC officials have reported but they have not brought a new machine, Oshiomhole…