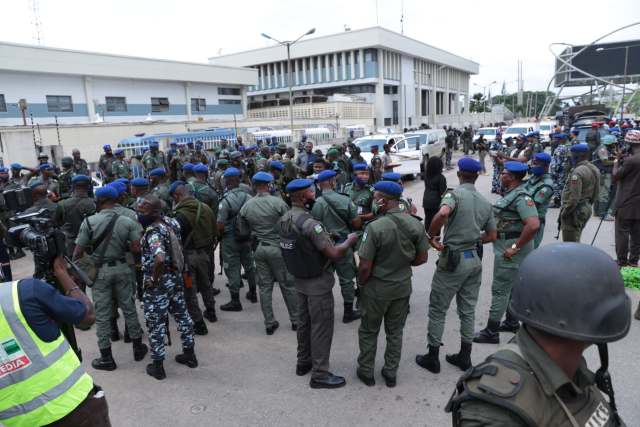 THERE is heavy presence of security personnel at the Benin City office of the Independent National Electoral Commission (INEC) along Ramat Park.

The electoral umpire had moved back to its permanent office after vacating the premises to a rented apartment along Sapele Road as a result of flooding.

Two Armoured Personnel Carriers (APCs) were stationed before and after the office while traffic is being diverted to follow one lane.

Gun-wielding policeman and soldiers were sighted on the premises.

The case against LGBT in Nigeria