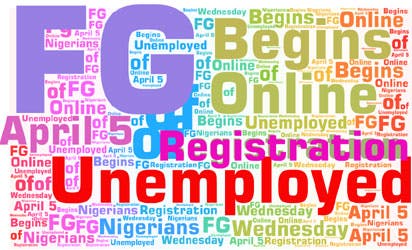 IN its bid to enhance food security, the Federal Government, through the National Directorate of Employment (NDE), Tuesday, commenced training of 100 unemployed Nigerians in livestock and vegetables.

The training was part of the Federal Government’s renewed efforts to revamp the country’s agricultural sector, under the NDE’ Sustainable Agricultural Development Training Scheme (SADTS).

Speaking at the flagg-off of the training scheme, held at Kosobo, in Oyo town, the state’s Coordinator, NDE, Oyo State, Mrs Olayinka Olayemi, said the initiative was aimed at encouraging unemployed Nigerians to take up agriculture as a means of livelihood.

Speaking on behalf of the national coordinator, Mrs Oluwatoyin Aiyelagbe, the Head of Small Scale Enterprise Department, NDE, said the scheme, “under the able leadership of the NDE…