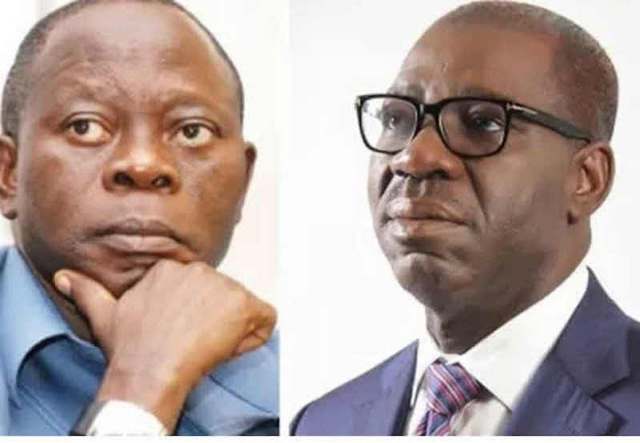 Governor Godwin Obaseki of Edo State has extended a hand of fellowship to Adams Oshiomhole, former National Chairman of All Progressives Congress, APC, but warned that there will be no mercy for Oshiomhole if he creates problems in the state.

Governor Obaseki gave the warning while speaking on ARISE TV on Tuesday, noting that Oshiomhole’s negative remarks will no longer be tolerated.

Obaseki, who won re-election in the September 19 governorship election in Edo State, had been in APC before he fell out with Oshiomhole, was disqualified from contesting on the party’s platform and then defected to Peoples Democratic Party, PDP.

“If he continues to flaunt his lions and tigers in Edo State and tries to create problems for us here, then we would…