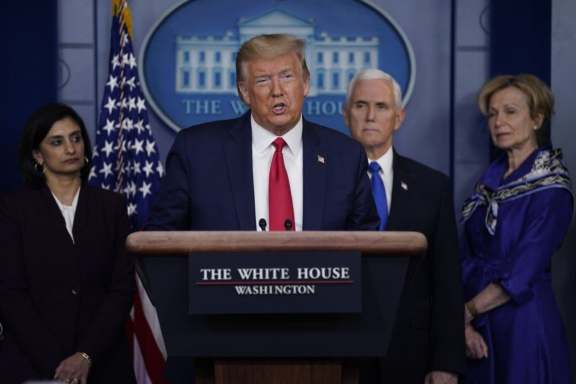 US President Donald Trump angrily cast blame on China over the coronavirus pandemic in an address on Tuesday before the United Nations, whose chief warned against a new “Cold War” between the two powers.

At a General Assembly held almost entirely virtually due to Covid-19, Trump delivered a speech in election campaign mode, even using his loaded term “China virus” as the US death toll crossed the grim milestone of 200,000.

“We must hold accountable the nation which unleashed this plague onto the world — China,” Trump said in a recorded address to the General Assembly, where each nation was represented by a single, masked delegate.

Trump, who pulled the United States out of the Paris climate accord, attacked China for its carbon emission as well as dumping of plastic.

“Those who attack America’s exceptional environmental record while ignoring China’s rampant pollution are not interested in the environment. They only want to punish America. And I…