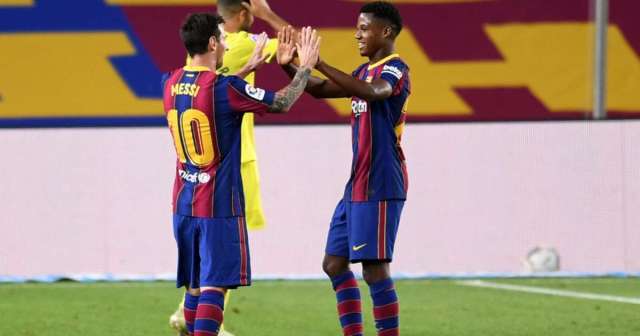 Lionel Messi’s desire to leave Barcelona showed no sign of impacting his on-pitch performance as he and Ansu Fati led the 4-0 dismantling of Villarreal on Sunday, marking a triumphant start to the Ronald Koeman era.

Barca have been engulfed by all manner of turmoil since losing 8-2 to Bayern Munich in their previous competitive match on August 14, with the unsuccessful attempt to force a transfer by club talisman Messi undoubtedly the major headline, but as they started their 2020-21 season they proved this is not a team to write off lightly.

Fati got the ball rolling with an impressive double in a five-minute period, before then winning the penalty that was scored by Messi, who subsequently saw a cross of his turned in by Villarreal defender Pau Torres.

Unai Emery’s side tightened up in the second half, with Barca consequentially having a little less freedom in the final third, but Villarreal’s slight improvement had no impact on what was an easy start for…