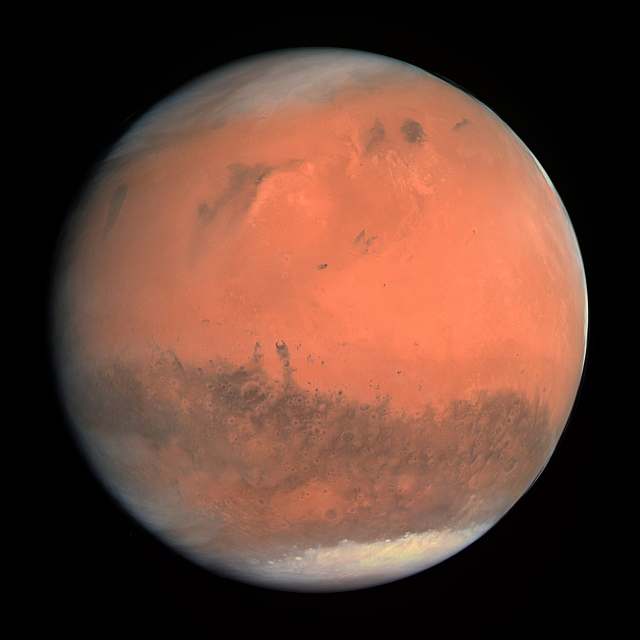 New research shows that the Red Planet may actually have liquid water in salty lakes under its polar ice cap — thus giving a place for life to develop, according to a report.

The bodies of water, if confirmed, would be similar to the subglacial lakes that exist on Earth, beneath the Antarctic and the Greenland ice sheets, where, despite the cold, bacterial life exists, NBC News reported.

“We are much more confident now,” lead researcher Elena Pettinelli, a professor of geophysics at Italy’s Roma Tre University, told the network. “We did many more observations, and we processed the data completely differently.”

If the study, published Monday in the journal Nature Astronomy, is verified, it would mark the first time liquid lakes were found on Mars.

Scientists have long speculated that just as Earth’s subglacial lakes are filled with bacterial life something similar might be the case in liquid reservoirs on Mars.

Pettinelli, a planetary scientist, and her team…