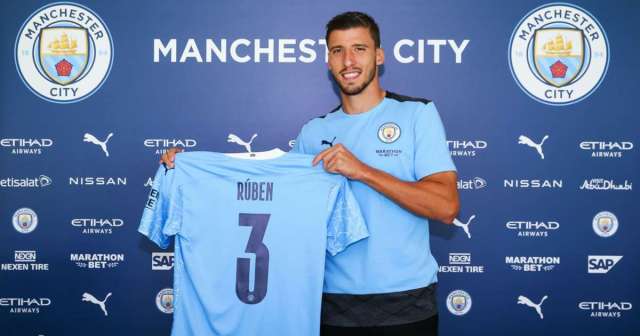 Ruben Dias believes Manchester City’s brand of football suits his game and is confident he can develop after signing a six-year deal with the Premier League club.

After Benfica confirmed Dias’ departure on Sunday, City formalised the arrival of the Portugal defender on Tuesday, with Nicolas Otamendi going the other way.

City will hope Dias can help to solve the defensive issues that undermined their title defence last season, as they finished 18 points behind champions Liverpool.

And Dias, who has been recruited for an initial £62million (€68m) fee, feels the marriage of his and City’s styles will allow him to succeed and live up to the billing at the Etihad Stadium.

“To have the opportunity to join a club like Manchester City is a fantastic opportunity for me and one I couldn’t turn down,” Dias said.

“Their success speaks for itself. They have been the dominant team in England over the last few years, playing an attacking brand of football which I feel suits…

How Benue palliatives got to Kano market ― Information Commissioner