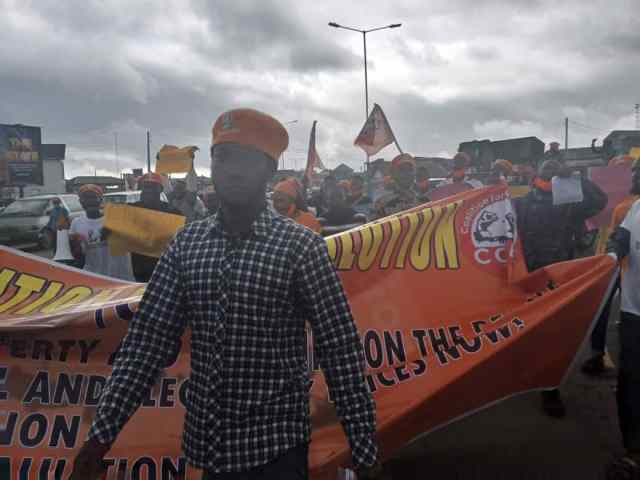 A combined security team of the Department of State Security and Nigeria Police on Thursday disrupted protest against hardship organised by Coalition for Revolution in Osogbo.

As early as 8am, the security personnel had taken over the Nelson Mandela Freedom Park where the protesters were billed to converge.

However, the protesters despite the heavy presence of security personnel meet at the venue and moved round the Olg Garage roundabout before they were forcefully dispersed.

About ten of them were arrested while two were brutalised in an attempt to take them away.

The protesters, before they were dispersed were shouting Education must be free and Nigeria must be free of corruption.