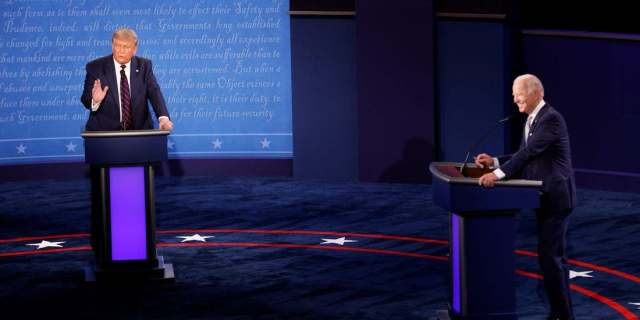 President Trump on Thursday slammed potential changes to rules for future presidential debates after the acrimonious first clash with Joe Biden this week.

“Why would I allow the Debate Commission to change the rules for the second and third Debates when I easily won last time?” Trump wrote on Twitter.

The Commission on Presidential Debates, which since 1987 has organized the forums, said Wednesday it’s considering moves to make the two additional debates more orderly.

“Last night’s debate made clear that additional structure should be added to the format of the remaining debates to ensure a more orderly discussion of the issues,” the commission said.

“The [commission] will be carefully considering the changes that it will adopt and will announce those measures shortly.”

Among the reported possibilities is empowering debate moderators to cut off the microphones of candidates if they interrupt each other or the moderator.