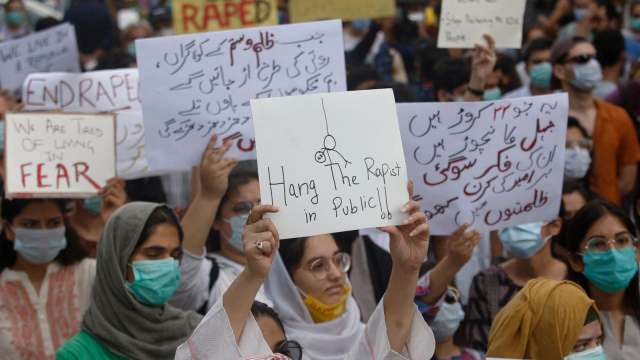 Pakistani authorities have barred the media from reporting on the gang rape of a mother in front of her young children that attracted global outcry after a top cop blamed the victim.

Amnesty International and Pakistani rights bodies have demanded the removal of the police officer who blamed the victim for travelling alone at night after the shocking rape.

The rape on a highway in the eastern city of Lahore last month triggered protests by rights activists and feminist groups.

Police have arrested one of the accused, but their failure to nab the main suspect after almost a month has come under scrutiny by media and activists.

“Law enforcement agencies are blaming media for their failure. This ban is a dark example of censorship,” said Afzal Butt, leader of Pakistan’s…