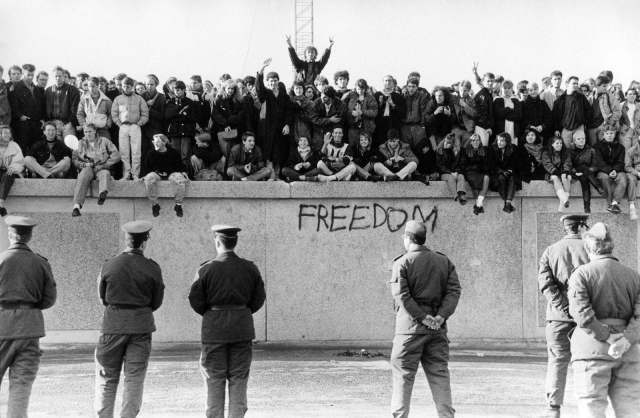 Germany is celebrating 30 years as a reunified country on Saturday with a scaled-down event due to the coronavirus pandemic.

Chancellor Angela Merkel, President Frank-Walter Steinmeier and political veteran, Wolfgang Schaeuble, the Head of the Bundestag parliament, took part in an official ceremony at the Church of St Peter and Paul in the city of Potsdam, situated about 25 kilometres south-west of Berlin.

Only 130 guests were permitted to participate in the event at the church.

Masks were mandatory in parts of Potsdam. Some 2,500 police officers were deployed in order to oversee a number of demonstrations that were set to take place across the city.

Steinmeier was due to make a speech at another event in Balbelsberg, home to Germany’s main Weimar-era film studio, later on Saturday.

A month-long programme marking the anniversary of the nation’s reunification towards the end of the Cold War kicked off in early September in Potsdam.

Officials in this year’s host city…