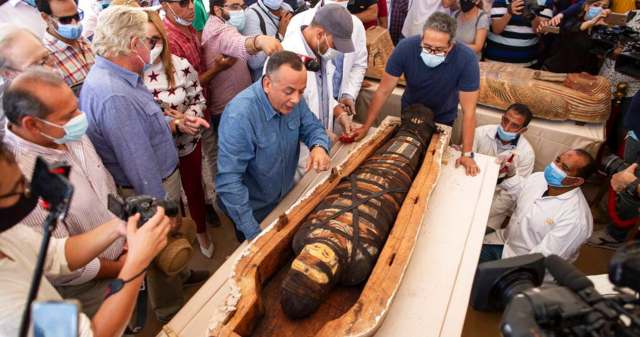 Egypt announced the discovery of a large collection of intact and well-preserved coffins at a major necropolis near Cairo that date back 2,600 years.

“I have witnessed the opening of one of the coffins … the mummy seems as if it was mummified yesterday,” al-Anani said on Saturday.

He added that there were other layers of coffins at the necropolis that would be unearthed.

The discovered coffins are in very good condition and retain their original colours, the minister…