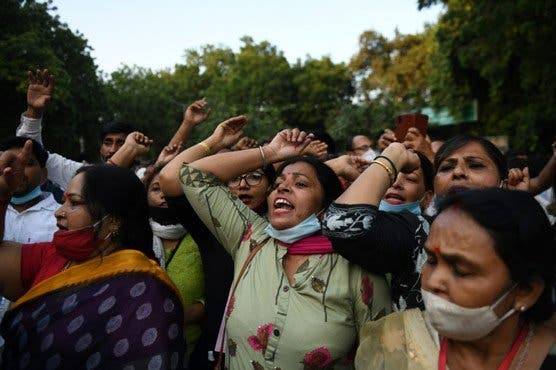 Five police officers have been suspended for their role in handling an alleged gang rape of a young Dalit woman in India’s Uttar Pradesh state, as protests over the incident continued on Saturday.

The men suspended include the police chief of Hathras district, where the 20-year-old woman was assaulted on September 14 in a field outside her village.

The woman’s family said they found her naked and bleeding with her back broken, according to local media.

She died two weeks later in a Delhi hospital. Four upper-caste men from her village have been arrested in connection with the incident.

The police’s delayed response to her family’s initial complaint of assault and their late-night cremation of her body without the family’s consent has been widely criticized.

Hathras police chief Vir Vikrant Singh has been suspended for negligence and lax supervision, along with four other officers, a Twitter post from the Uttar Pradesh chief minister’s office said.