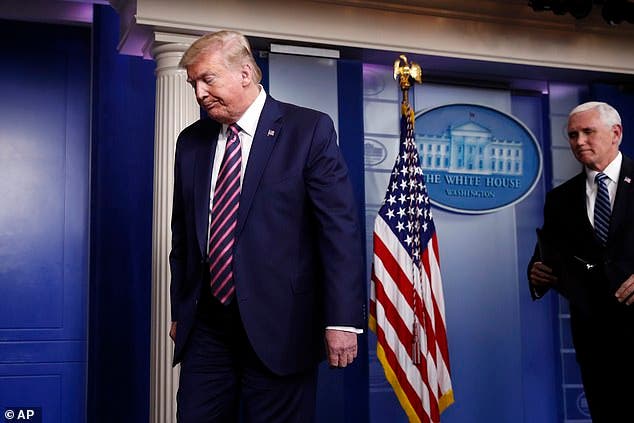 US President, Donald Trump, said in a video message Saturday he had “no choice” but to work from his hospital suite rather than cocooning himself in his bedroom after contracting Covid-19.

The president has been a patient at the Walter Reed military medical center near Washington since Friday, where he has a special suite that allows him to carry out his normal duties.

“I had no choice, because I just didn’t want to stay in the White House,” Trump said in a video apparently filmed at the hospital.

“I was given that alternative: stay in the White House, lock yourself in, don’t ever leave. Don’t even go to the Oval Office, just stay upstairs and enjoy it.”

Trump said this would have involved seeing no one in person, which was not his approach to the presidency.

“I can’t be locked up in a room upstairs and totally safe, and just say, ‘Hey whatever happens, happens, I can’t do that,’” he added.

Trump’s message was ambiguous and many at first…