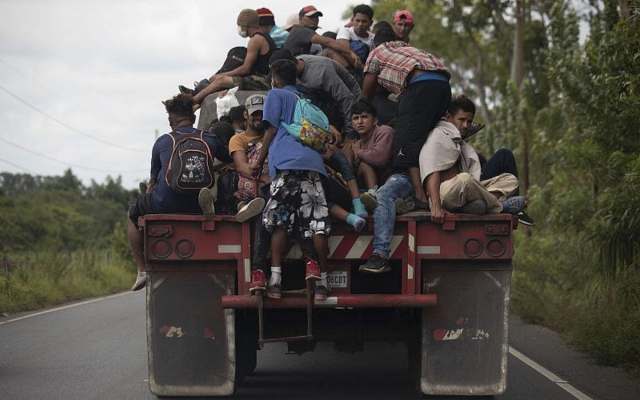 Guatemala has sent back almost 3,500 Honduran migrants from a caravan that was heading to the United States over concerns they might spread Covid-19, President Alejandro Giammattei said on Sunday.

In a televised message, Giammattei said Guatemalan security forces were able to “contain” the caravan, that according to the president was a factor in the transmission of the virus.

“We are experiencing a pandemic in Guatemala which has cost us to control with months of efforts,” said the president, adding it was an “obligation” to reduce the risk of further contagion.

According to the Guatemalan Migration Institute (IGM), the caravan entered eastern Guatemala on Thursday, pushing over a military cordon on the Corinto border before splitting into groups to reach Mexico, which has closed its borders.

In recent years, thousands of Central American migrants travelling in large groups have crossed into Mexico, with the aim of reaching the US border.

The migrants have become a…